During college I had two powerful spiritual experiences.  The first was a more traditional, if emotionally powerful “call to the ministry,” which led me to plan for seminary, even as I continued my science studies.

The second experience occurred in the presence of a man I have only been able to describe as a “wandering holy man”, a powerful “electric current” raced up my spine, filling my head, which seemingly expanded, and then down into my chest and abdomen.  My heart opened in profound sorrow, joy and gratitude, and I fell to the floor sobbing, curled in a fetal position.

About a year earlier, I had a chance conversation with one of the greatest physicists of our time, John Archibald Wheeler, who was lecturing at UVa on quantum mechanics.  He told me “I think that the world of time, space, and matter is a hole, within a hole, with a hole at the bottom.”  And that blew me out of physics.  I felt I had my answer, and it was not what I was expecting.

Quickly losing interest in science and engineering classes, I began moving toward the cognitive sciences, realizing that all my questions were more about mind than physics. Finally, I finished my undergraduate work and headed for seminary, but soon learned that it did not offer insight on my earlier profound experience.  I also found myself in the middle of a largely political struggle in the Southern Baptist Convention, so I left and entered Duke University Divinity School, but soon realized that it also offered no help in understanding the changes that were going on in my mind.  My plan to become a traditional minister ended, though my powerful sense of “calling to the ministry,” remained.

Thus, began my “classic spiritual search.”  My search began with books of philosophy by writers who bridged into spiritual and metaphysical realms.  But the real first influence was Ram Das’ Be Here Now, which led to the works of Ramana Maharshi, Muktananda, Yogananda, J. Krishnamurti, Chogyam Trungpa, as well as many more in both Eastern and Western esoteric spirituality.

Like most such “seekers”, I attended yoga and meditation classes, and listened to any speaker who claimed to have special knowledge of “mystical” traditions or practices.  One, Roy Eugene Davis, was an early initiate of the great Eastern teacher, Paramahansa Yogananda, author of the spiritual classic, Autobiography of a Yogi.  Davis said to me, “you need to talk to a Real Teacher.”  He arranged for me to spend a week with Muktanda, an “Enlightened” Vedanta “Siddha” of India, on only his second U.S. visit.

At the retreat, Muktananda gave many inspiring talks, and powerful meditation periods.  But, some of the students began to exhibit bodily movements that bordered on the physically impossible.  One of the most striking happened to the fellow seated right next to me.  He was in the full lotus position, and in deep meditation.  Suddenly, he began to bounce while still having his legs locked together.  He bounced high enough that his butt was as high as my head!  He settled back on the mat, still in meditation.

I asked Muktananda about the physical events I had seen, as nothing like that had occurred for me.  He seemed to lean toward me and look at me intently, and then, through his interpreter, said, “something like this happened to you, maybe years ago.”  Remembering the experience in college, I described it.  He said that that was the same thing that he was “doing with these people.”

The movements were the result of kundalini opening the body’s “Chakras” and was not something to seek, but the effect of blocks being cleared.  Mine had apparently been opened in the college experience.  Then he said, “Jesus already has you.  Go back to Him.”  I was given a book on Kundalini, and told to continue to meditate and study, and allow the “Shakti” to continue its work in me.

Immediately after returning home, I became the student of a mystical Christian order that trained me for the mystical priesthood.  I declined to join the Order, but continued as their student.  They encouraged me to begin my own work and I started teaching a class I called, The Meditation of the Self, the title of this site.  Shortly afterward, while consulting at the Duke Parapsychology Lab, (Now called the Rhine Foundation) the first draft of the Course in Miracles was delivered to the lab and I quickly adopted the Course.  I have now been teaching weekly classes in A Course in Miracles for four decades.

I spent decades doing original research in the cognitive science of human, wrote four privately printed and circulated books on my research, and did five major public service and art projects over the last 45 years.  The books led to invited lectures at six major university grad schools in Design, Psychology, VR, Theater, Film and, the last two, at the Duke Center for Cognitive Neuroscience.  Always, my professional projects have been an extension of my spiritual search and teaching.

I received multiple US and International patents for the invention of The Magic Stage, a virtual reality theater technology based on my research models.  The Stage brought representatives and offers of collaboration from Peter Gabriel, Michael Jackson, Paramount, Disney, etc.  The legendary modern dance collective, Pilobolus, worked with me for two years, creating the first VR modern dances, which we were to premier in August 2000, when the dot.com bubble burst in Spring and wiped us out in a few months.

Demonstrations of the Magic Stage led to introductions to the leaders of what is now called the NewSpace industry, which is currently creating a new Space Age.  I learned from Apollo 14 moonwalker Edgar Mitchell about the profound changes in worldview experienced by him and other astronauts, which led him to form the Institute of Noetic Sciences to investigate the nature of human consciousness.  He and I agreed to work together to bring this experience into world culture.

In 2012 we were approached by Planetary Collective, a three-member group of documentary makers who worked for a year to produce “Overview”, the first major film on our work.  The documentary was premiered by Harvard University in the first of our three Harvard conferences, and has since been viewed online more than 8 million times.  In November 2013, we held a second Overview conference at the National Air and Space Museum at the Smithsonian, with myself, Frank and two astronauts as speakers.

The Overview/Planetary Shift, A Course In Miracles, and World Service

While the Worldview shift of the Overview Effect is not the same as the Shift in Perception taught in the Course, many of the cognitive aspects are similar, and I applied the same body of perception research to illuminate and help teach the Course’s concepts, and gave two public talks on The Overview Effect and A Course In Miracles.

Currently, I am working to bring awareness of our planetary existence, and how gaining Planetary Identity can aid “world change” leaders in solving or mitigating some of the currently growing world-scale challenges and crises in the environment, international conflicts, and a host of humanitarian issues.  In February of this year (2021), I launched a second website, The Center for Planetary Identity, building on the cognitive and media elements of the Overview experience, and focusing on the core element revealed by the research – Planetary Awareness and Identity. 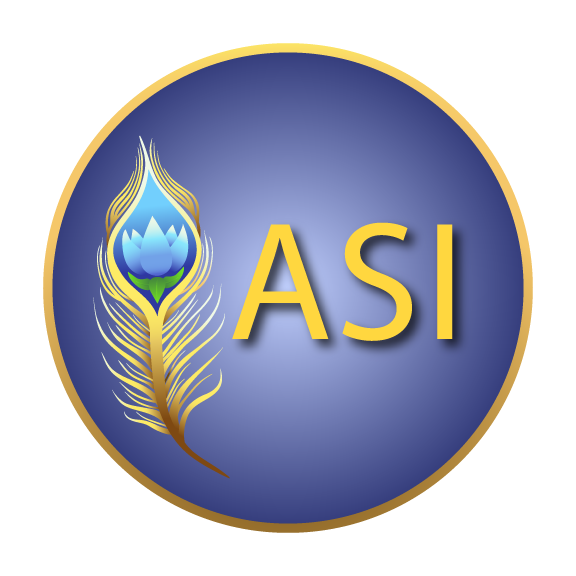 Board Member – Association for Spiritual Integrity